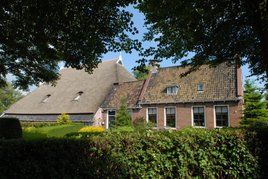 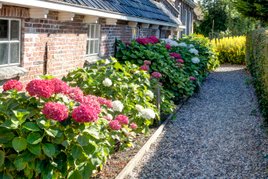 To us, the love of fellow man is important. We enjoy the things around us; nature, our pets (cats Jilles and Mekker), our friends and family energise us. We enjoy gardening in our free time. But our favourite hobby are our motorcycles and we enjoy exploring the open road for several days at a time, particularly riding through the mountains. 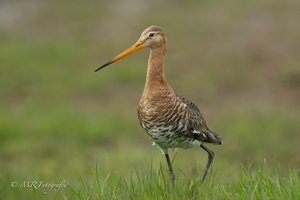 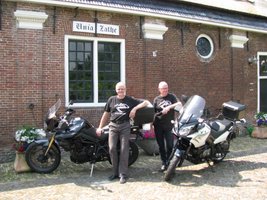 We are Ron and Cor. Ron works as a service engineer in the installation technology sector and Cor works in the healthcare sector as a Personal Healthcare Assistant, which could perhaps be useful if you require any assistance during your stay at Unia Zathe. We have lived at Unia Zathe since 1997 and have renovated the property to what it is today. 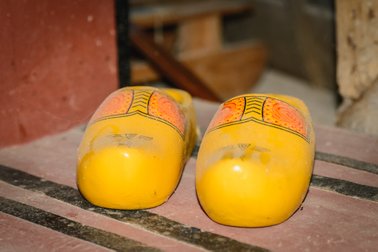 Unia Zathe is a listed building, dating from 1815 and its original features have mostly been retained. The building is located in the centre of the village of Ee, which is built on an ancient mound, not far from Dokkum in Friesland.   The original barn is still partially intact and Makkum tiles remain in the old kitchen, depicting two horses and a birdcage. The box-beds can still be seen in the living room. When developing the 3 apartments, all original elements were retained. The room which would originally have been the 'parlour' or front room, has been converted into a holiday home; various modifications made during the past 200 years have resulted in the original 'parlour' becoming a house in its own right, suitable for a maximum of 6 people.